In today’s bodybuilding world, the old school gym style was is something that is almost gone in today’s commercialized industry. Many people see gyms as more of a fitness centers with various different areas and just bodybuilding. In many gyms today Various rules about not dropping dumbbells and weight limitations are put in place. The concept of the Old School Gyms in the 80’s and 90’s was unique and had a direct impact in making the bodybuilding one of the most popular sports today.

The Old School Gyms from the 80’s and 90’s were not specifically designed as they are today. Many of them were placed in garages, basements or schools. The workouts were authentic and provided a unique experience.

Although there are still various old-school style gyms in North America, their number is limited. Combined with the limited supplies of bodybuilding equipment from the 90’s makes these gyms only a limited copy of the old gyms. That is why, it is imperative to memorize the concept of these unique bodybuilding clubs. In this article we will analyze the characteristics of the unique Old School Bodybuilding Gyms from the 80’s and 90’s.

The first important characteristic of the Old School Body Building Gym is the different equipment. These old school gyms had equipment that was designed to maximize muscle gains and not comfort. Also, some old school gyms had the total weight of their plates on a 5 digits number. This was a significant benefit since most of the members of these clubs were actual bodybuilders. The Old school gyms primary goal was to achieve more while still keeping the traditional ways of workout and exercise. On the matter of equipment the bodybuilding clubs from the 80’s and 90’s had numerous power racks, Olympic platforms and multiple benches available. In the same time equipment like the smith machine, treadmills were nowhere to be seen. Old School Gyms from the 90’s had all the necessary equipment for powerlifting including traditional gym equipment. This includes dumbbells up to 145 pounds or more, benches, power racks, Monolift Squat rack, Reverse Hyper, bands, boards, chains, and all the implements necessary to train in the West Side Method. Some gyms from the 80’s and 90’s even had heavy dumbbells up to 265 lbs, or they would use adjustable dumbells without the worry about bodybuilders not having enough heavy weight to lift.

Another interesting characteristic was the interior designing concept of the old school bodybuilding gyms. The vast majority of these clubs did not had refreshment corners, studio areas and fancy air-conditioned mega weight room full of shiny equipment and flat-screen TVs. They were designed with one simple thought in mind and that is how to build muscle. The reality with gyms was simple – when the workout was finished you didn’t swing by the smoothie stand for some refreshments, you probably got some water out of the garden hose of the backyard of the gym. It was a simplified form of facility which aimed only on muscle gain and enjoying the sport.

Staff-What kind of expertise does the staff on hand have?

Most of the Old School Gyms were opened by people that were experts or had significant knowledge in bodybuilding. Their primary reason for owning these facilities was their love for the bodybuilding. Moreover, many of these owner and staff members were personal trainers, fitness expert and bodybuilders themselves which made the whole concept much more open. Also, the staff in these gym clubs had passion and great affection about bodybuilding in general. They were also welcoming for newbies and beginners in the sport. Additionally, the staff in the Old School Gym were always eager to share tips and knowledge about exercises, nutrition, meals and genetics. Under their guidance many many champions came out and made significant success in the bodybuilding world.

An important factor of the old School Bodybuilding gym was the unique atmosphere inside. These gyms were rocking music and dropping dumbells was a normal and indivisible part of the training. For many bodybuilders the prospect of Olympic lifting and being noisy while working out was just a way of communication. The gym atmosphere and music will inspire your motivation and dedication the second you open the doors. The positive atmosphere had was also creating a winning mentality

A significant characteristic of these gyms is that they were not for weak personalities. Whining and complaining was not part of the culture in these clubs. On the contrary, the old School Bodybuilding Gyms were always a destination for the muscle-minded and motivated powerlifters. Based on the nature of its members, These gyms also offered some of the most competitive, intense and enjoyable workouts ever.

The Old School Gyms were usually filled with bodybuilders and competitors who always seemed eager to fulfill their goal while also being helpful to others. A typical old-school gym tend to have members that have competed in natural bodybuilding, powerlifting, grappling, boxing etc. Although, it should not be confused these members were not intimidating though, as these guys were very welcoming and willing to help both experienced and novice lifters.

A final but not less important characteristic of the Old School Gym was the financial aspect. The gyms in the 90’s were relatively cheap and affordable to many people.

All in all, the Old School Bodybuilding Gyms from the 80’s and 90’s were the catalyst of the golden era of bodybuilding. Their uniqueness had a significant influence in building the best physiques that we have ever seen. With gaining muscle as their only motivation, these gym did not have any limits to what their members can achieve. Perhaps that is why so many Champions were made in these Old School Gyms. 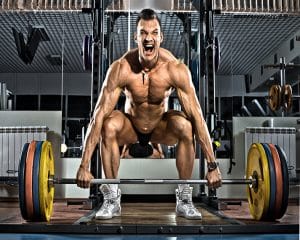 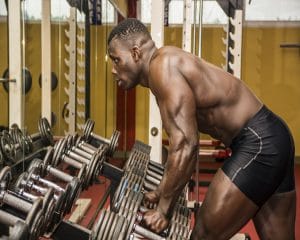 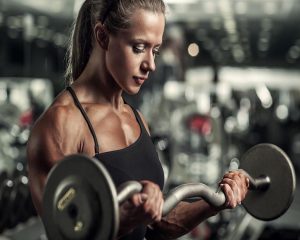 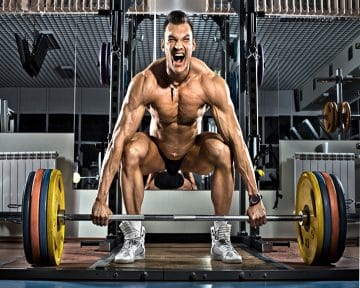 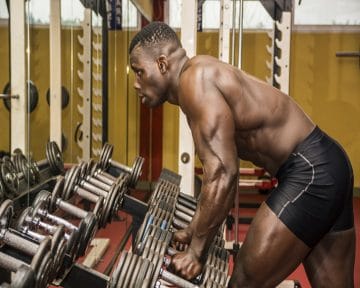 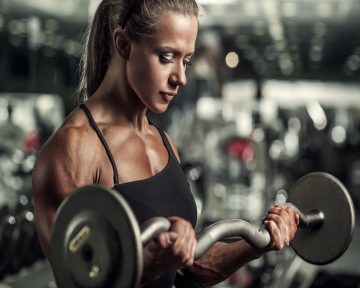 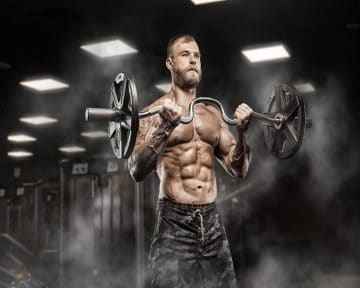 How To Train For Bigger Biceps

This website uses cookies to improve your experience while you navigate through the website. Out of these, the cookies that are categorized as necessary are stored on your browser as they are essential for the working of basic functionalities of the website. We also use third-party cookies that help us analyze and understand how you use this website. These cookies will be stored in your browser only with your consent. You also have the option to opt-out of these cookies. But opting out of some of these cookies may affect your browsing experience.
Necessary Always Enabled
Necessary cookies are absolutely essential for the website to function properly. This category only includes cookies that ensures basic functionalities and security features of the website. These cookies do not store any personal information.
Non-necessary
Any cookies that may not be particularly necessary for the website to function and is used specifically to collect user personal data via analytics, ads, other embedded contents are termed as non-necessary cookies. It is mandatory to procure user consent prior to running these cookies on your website.
SAVE & ACCEPT